In San Pedro you can walk through the historical and cultural center of San Pedro, walk the pedestrian and the Costanera with a ravine to the river. In addition, there are several museums to visit such as the Paleontological Museum, Fray Maria Bottaro Regional Historical Museum and Ara Yrigoyen Ship Museum. I did not have the opportunity to go to any of them due to lack of time, but I share them with you so that you can take them into account.

Tomás Jofré is the name of this town in Mercedes that has only 190 inhabitants and is chosen as a local tourism destination. One of those “little towns” that is closest to the West Zone, whose original name is Jorge Born. Located in the district of Mercedes and 12 kilometers from the main city of the district, it offers a varied gastronomic option and outdoor activities to spend the day. It is known for being a weekend tourist center where visitors can enjoy traditional life in the Pampas countryside and a gastronomic pole that has more than 20 restaurants. Being so close to Mercedes and Luján, it is a very popular option for the residents of the West Zone. 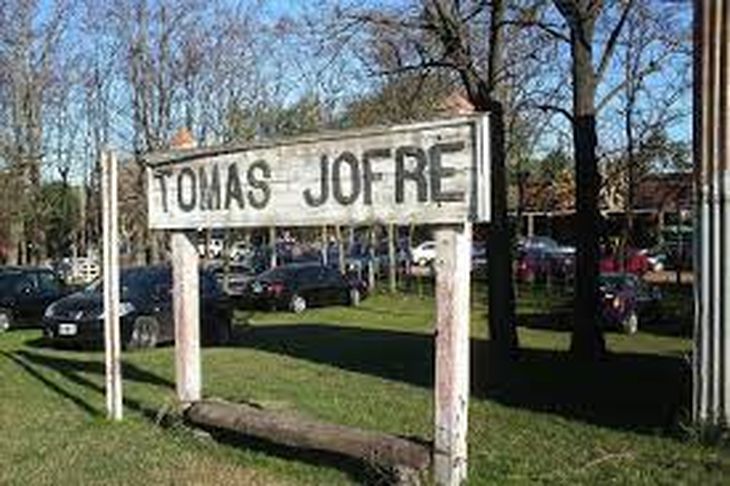 Carlos Keen (pronounced “ken” and not “kin”) is a tourist town in the Partido de Luján in the Province of Buenos Aires. It is located 75 km from the City of Buenos Aires and 16 km from the city of Luján. It has approximately 500 inhabitants. It owes its name to Doctor Carlos Keen, lawyer and journalist, born in Las Flores in 1840, who participated with the rank of lieutenant colonel in the War of the Triple Alliance and was seriously wounded in the battle of Pehuajó. In the town you can see the typical buildings from the end of the 19th century, which even today preserve their architecture with facades of classic properties that were recycled. It is known for its excellent gastronomy, its several traditional restaurants and its ranches. It is part of the PBA’s “Tourist Towns” program, thanks to which it has become a popular destination on weekends. There are country restaurants, antique houses, horseback riding and sulky rides. Also dressage and folklore of the Círculo Criollo Martín Fierro.

Victoria del Agua is located on the outskirts of the town of Victoria province of Entre Ríos, close to its urban area. It is a 40-hectare property implanted in a suggestive topography facing the majestic landscape of the Paraná Delta and its Laguna del Pescado, where the flora and fauna are characterized by the presence of native species. Forming a replica of a lagoon hidden under a grotto, inspired by the Cenotes of the Yucatan Peninsula, the Cenote del Agua Escondida offers a complex of covered and semi-covered pools. With a design that evokes the eccentric dishes of Irupé, a set of pools and Solarium takes the name of El Remanso del Irupé. Its magnitude positions it as a “winter and summer spa”, being a destination to choose from all year round.

More than 5 million visitors a year have consolidated Tigre as one of the main tourist destinations in Argentina. The natural beauty of the Delta is one of the main attractions of the Tigren territory. It is an ecological paradise, in which human activity takes place in harmony with nature, and this balance is immediately perceived by those who visit it. Navigating its rivers and streams, enjoying the exuberant vegetation, appreciating the island buildings, venturing into nature and practicing water sports are just some of the activities that this particular geography offers.

In addition to the captivating Delta, in Tigre you can also visit other beautiful places such as Puerto de Frutos, Paseo Victorica or Villa La Ñata, learn about its history and culture in prestigious museums and art spaces or touring the circuit of the old Camino Real, and enjoy numerous attractions such as Parque de la Costa and a varied gastronomic and hotel offer.