The Fiat 500 owes its name to an engine that almost reached 500 cm3 of displacement, but other cars have a name that is due to other reasons.

The names or acronyms of the cars do not always obey a characteristic of the model itself, as is often the case with most Ferrari models, for example. The new one Hybrid Ferrari called 296 GTB is a typical case, where the 296 means that it is a 2.9-liter V6 architecture and GTB means Gran Turismo Berlineta.

But there are stories behind the names that are not well known, and some are even quite curious.

Although many have believed that the name Mito was due to the fact that the Italian house had high hopes to have in this sporty two-door coupe, a true representative of the alpha culture to start the revival of a look that had been lost over time through sedansThe truth is that the name has two capital letters and not just one because cities are proper names and are capitalized. Mi is because the car was designed and developed in Milano (Milan) and To is for the city of manufacture, which is Torino (Turin). 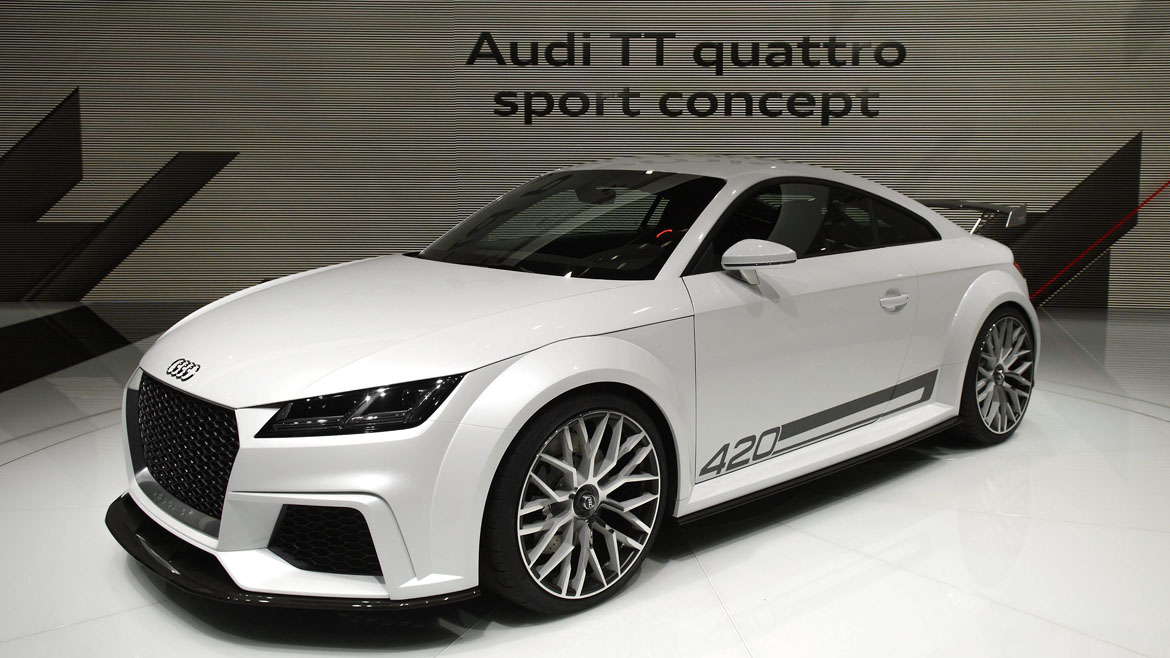 Audi TT, a history of motorcycles

Incredibly, the sports car that the Ingolstadt house presented in 1995 and that caused a sensation in the world of high-performance coupe fans, was called TT after the famous motorcycling race that is held every year on the Isle of Man, in England.

And the reason is in the history of the brand, because when it started it was the merger of Audi, DKW, Horch and Wanderer, and therefore the Auto Union logo, the company created at that time is made up of four interlocking rings. turns out DKW had made motorcycles in the 1930sand with one of them he won the Tourist Trophy (TT) in 1938.

Then NSU bikes took the top four spots in 1954, and the initials TT were put on a moped in 1960 and a sportier evolution of the Prinz in 1965. For that reason, and because Audi retained the right to use that acronym thanks to those models and used it again in the 1990s as a tribute.

The 2CV was the successful economy car that was on the world market for 40 years, and its name, it is known, is related to the fact that it had a small engine with only two cylinders, but which was also rated at only 2 horsepower. Then came the 3CV and the reason for the name was the power increase to 50%.

But there was a Citroën very famous for its disruptive ways that also had a story with its name. The Citroën DS is named after two randomly selected lettersthat do not represent the initial of any acronym either, they are just two letters that are completely meaningless.

However, there is an explanation and it is the pronunciation of both together. The letters DS are pronounced like the word déesse, which translated means “goddess.” It is the name they chose for a model that was presented as “the goddess of the routes” for his serene walk and elegant appearance.

Porsche tried to call 901 the replacement for the original 356, with which they had earned world fame as a sports car like few others for the time.

Peugeot marked the history of Porsche

Many know the story but others not so much. The French brand began using its three-digit model identification with a zero in the middle when it introduced the Peugeot 201 in 1929. The initial model was followed by others who were called 301, 401 and 601. And although the evolution was changing parameters, it was not always an ascending scale of one model with respect to another. In 2018, the brand began to use four figures to determine its SUV models from the arrival of the Peugeot 3008, then with the 2008 and the 5008.

But Porsche tried to call the replacement for the original 356 901with which they had gained world fame as a sports car like few others for the time. It was the year 1963, and when they presented the 901 at the Frankfurt Motor Show, they received the news of the French claimwho had registered the name of cars with a zero in the middle of three figures exclusively for them. Thus, Porsche had to change the 901 for the 911, which wrote pages of glory to this day.

There are many more name stories that deserve to be told, surely they will take place in this space later.

For Rimac it is possible to accelerate from 0 to 100 km/h in less than a second.
The oldest mobile home in the world is from 1914 and is going up for auction
They tested how autonomous braking works at night and the results were a bit disappointing